Geiselgasteig - Today, with the Episode 3265, the new Dream Couple is hitting the German screens in the most romantic and most popular European Telenovela "Storm of Love": Florian Frowein (31) and Léa Wegmann (28) take on the roles of  Tim Degen and Franzi Krummbiegl in the new Season 16 and will struggle to win each other the whole next year!

Florian Frowein appeared in the telenovela for the first time on July 22, 2017 in episode 2727 – in the role of Boris Saalfeld, son of the shareholder of Fürstenhof, Christoph Saalfeld (Dieter Bach). After all sorts of trials and tribulations, Boris confessed his homosexuality and married his great love Tobias Ehrlinger (Max Beier). The two men left Bichlheim in episode 3110 (aired on March 19, 2019) to start a new life in Hamburg. Now, Florian Frowein is back in the main cast of "Storm of Love" – however as Tim Degen, the missing twin-brother of Boris and thus son of Christoph.

That's how it starts with Tim and Franzi at Fürstenhof

When the bike by a young fruit dealer Franzi Krummbiegl breaks down, a mysterious rider comes to her aid. From the first moment, she is fascinated by him. She doesn't suspect that this encounter will uncover a dark family secret – because the stranger turns out to be Tim Degen, the missing son of the hotel owner Christoph Saalfeld. And the appearance of Tim in the "Fürstenhof" will not only upsets the love life of Franzi, but also the life of the entire Saalfeld family...

Have have a look at the new Dream Couple here! 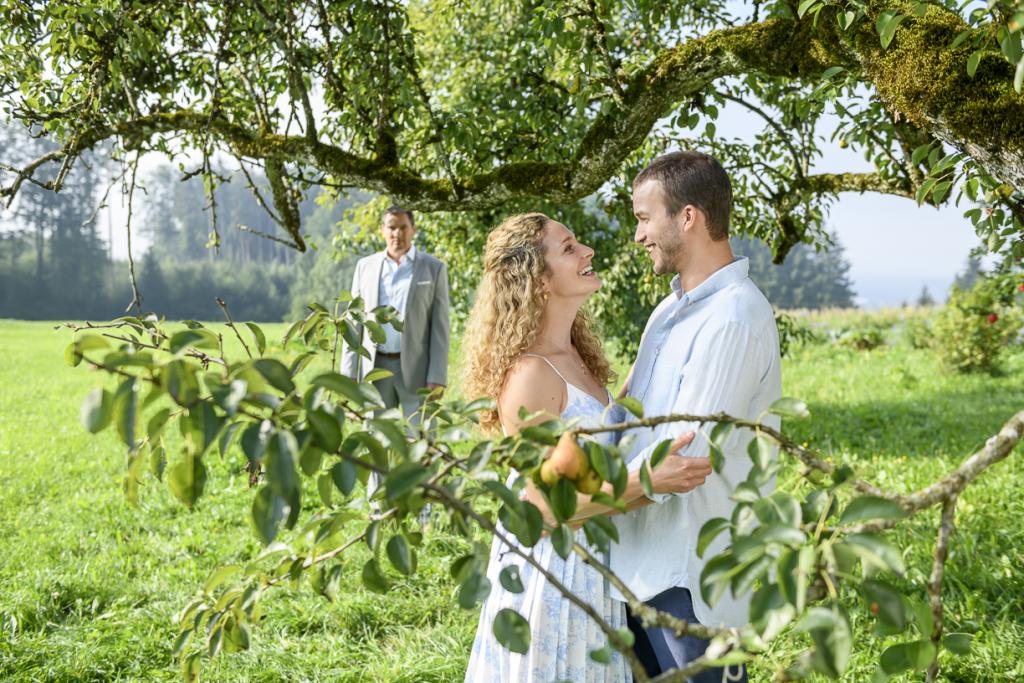